A joint effort between the North American Council for Freight Efficiency (NACFE) and RMI, Run on Less is a best-of-the-best, freight efficiency demonstration. The goal of the Run is to highlight the best possible use of the efficiency technologies, operational practices, and driver capabilities to show what the most innovative fleets can accomplish in the real world in terms of fuel economy and freight efficiency. Run on Less showcases how efficiency technologies improve the bottom line for fleets and benefit the environment by reducing greenhouse gas emissions. 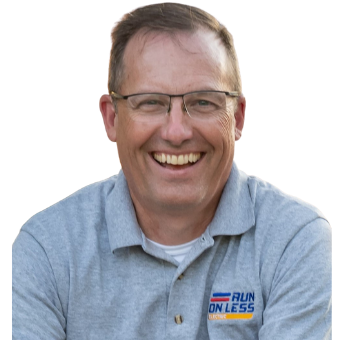 "Run on Less events showcase real fleets in their everyday operations and have demonstrated to the industry that exceptional freight efficiency is possible with the right technology investments.” 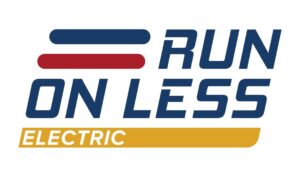 The 13 bold fleets that signed on for the three-week Run helped NACFE and its partner RMI showcase the beneﬁts and discuss the challenges of electric trucks.

These early-adopting fleets represented a mix of duty cycles which reflects the current state of electric truck actions across North America. The interest in electric vehicles is spreading across North America as more companies recognize the value of zero-emission solutions.

The Run started September 2 at ACT Expo in Long Beach and concluded on September 19.

As a result of the Run, NACFE estimates that electrifying all US and Canadian medium- and heavy-duty trucks in the market segments studied in the Run — vans and step vans, medium-duty box trucks, terminal tractors and heavy-duty regional haul tractors — would save about 100 million metric tons of CO2 from entering the atmosphere.

During Run on Less – Electric, the vehicle operations were continuously digitally tracked, and their metrics updated daily via a public website with the ability to view results by day or over a span of days. Metrics such as daily range, speed profiles, state of charge, charging events, amount of regenerative braking energy recovery, weather and number of deliveries were shown in near real time.

The first report from Run on Less – Electric, Electric Trucks Have Arrived: Documenting A Real-World Electric Trucking Demonstration, shares the methods used to select the participating fleets, routes, and equipment, and metrics that measured the 13 participating pairs of fleets and OEMs.

The second report, Electric Trucks Have Arrived: The Use Case For Terminal Tractors, contains information and findings on the three battery electric terminal tractors that participated in the Run. Collectively, the duty cycles for these terminal tractors were highly representative of the overall market segment.

The third report, Electric Trucks Have Arrived: The Use Case For Vans and Step Vans, contains information and findings on the three battery electric vans and step vans that participated in the Run. Collectively, the duty cycles for these vans and step vans were highly representative of the overall market segment.

The fourth report, Electric Trucks Have Arrived: The Use Case Heavy-Duty Regional Haul Tractors, contains information and findings on the four battery electric heavy-duty regional haul tractors that participated in the Run. Collectively, the duty cycles for these electric heavy-duty regional haul tractors were highly representative of the overall market segment.

The fifth report from the Run and the fourth and final market segment report, Electric Trucks Have Arrived: The Use Case Medium-Duty Box Trucks, contains information and findings on the three battery electric medium-duty box trucks that participated in the Run. Collectively, the duty cycles for these medium-duty box trucks were highly representative of the overall market segment.

To learn more about Run on Less – Electric and its participants, visit www.runonless.com. 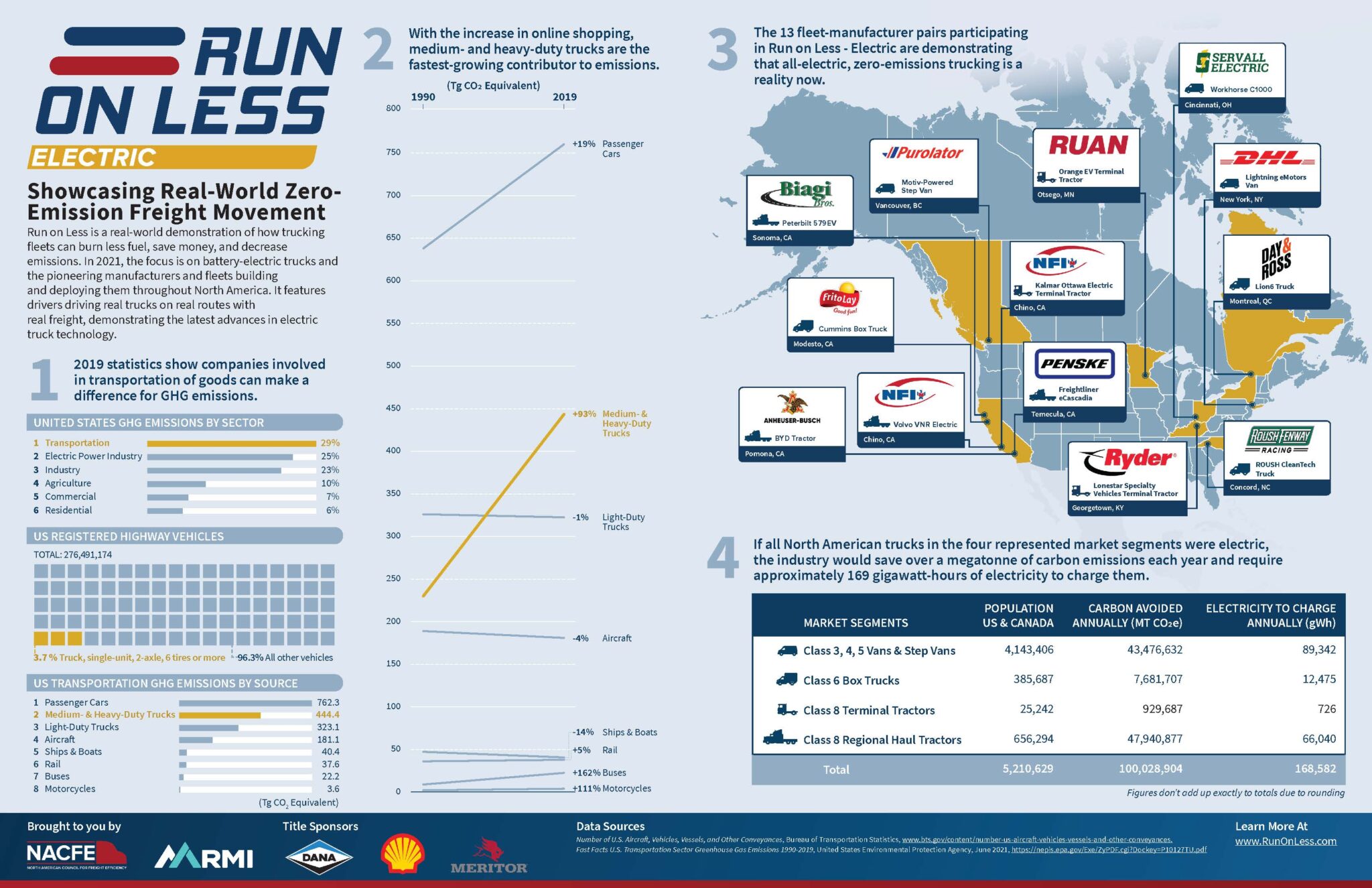 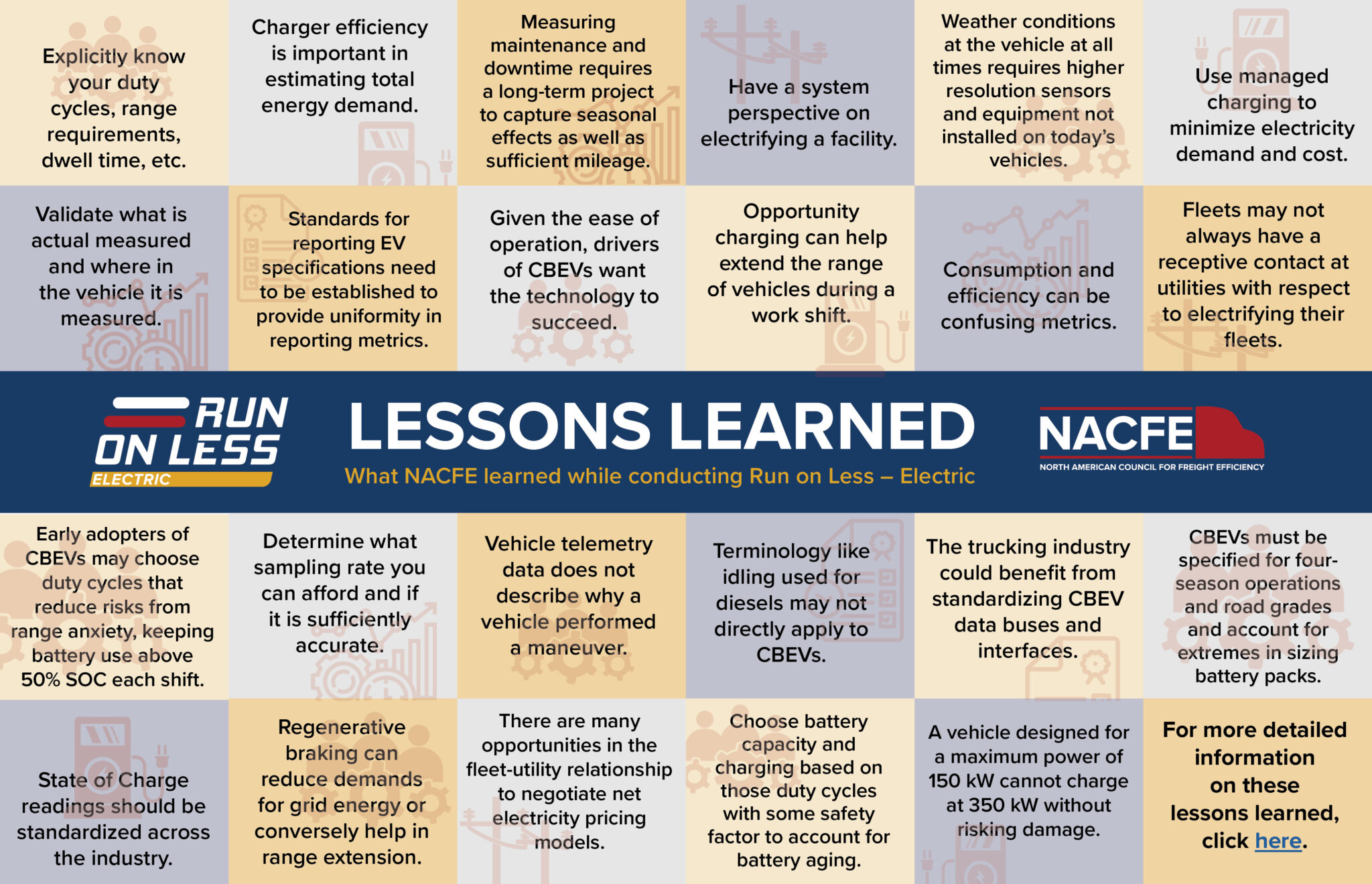 Run on Less 2017 highlighted how drivers and fleets deliver high efficiency in the movement of goods in the long-haul segment of the trucking industry, while Run on Less Regional focused on regional haul applications.

During the first two Runs, fuel economy was measured using three main metrics: gallons, dollars and CO2 saved. MPG and freight ton efficiency are only shown in daily and accumulated averages for all trucks. A goal of Run on Less is to highlight the effectiveness of the many different technologies, not to identify any specific “winning” combination.

To portray the conditions drivers and their equipment are facing, in addition to MPG, some of the factors that are likely to affect fuel economy including the payload hauled, total elevation change, average vehicle speed, and other items were reported on.